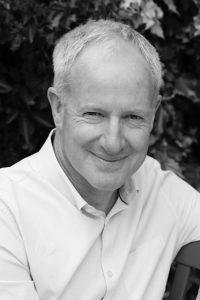 John O’Byrne is a graduate of The Dublin College of Catering (DIT Cathal Brugha Street), where he was awarded a degree in hotel and catering management. Following time as a trainee manager with P V Doyle Hotels, he then spent three years in New York City at the five star Westbury Hotel which was at the time, part of THF’s Exclusive Group. He commenced as Room Service Manager, and progressed to becoming Maître D’ in the hotel’s famous Polo Bar and Restaurant. He was subsequently appointed to the role of Food and Beverage Manager of the entire hotel.

Upon his return to Dublin, John and his colleague Peter Small, set up a party rental business, supplying social and wedding events nationwide throughout Ireland. The business, Cater Hire Ireland, grew to be the premier event rental company in Ireland. John and Peter sold this business to their competitor, Hire All, in 2004.

In 2007 John brought his expertise to a start-up event rental company, Select Hire, again based in Dublin. With his expertise in sourcing quality equipment from premium European based companies, John was responsible for purchases in excess of €1.5 million. Items of speciality included tables, chairs, table top items, glassware, linen, cooking and serving equipment as well as buffet systems and cutlery.

In 2011 John set up Hospitality Products, in response to demand from the five star hotels sector in Dublin, who were having difficulty sourcing bespoke, unusual and different items for their properties. Some of John’s first clients in Hospitality Products include:
– O’Connell’s Restaurant Donnybrook, Dublin. John sourced a Silver Carving Trolley for the restaurant.
– The Ritz Carlton Hotel Powerscourt, Co Wicklow. John traced Mobile Bars and Back Bars for this client.
– The Gibson Hotel Dublin. John found some modern Funky Function Bars for this contemporary property.

John has a policy that Hospitality Products will only deal with European manufacturers, many of whom are businesses that in operation for many generations.

To arrange a personal consultation with John please use our contact form here….